Leave it to Virgin Atlantic billionaire Sir Richard Charles Nicholas Branson and American aerospace engineer Burt Rutan. For just the price of a modest house they'll fly you into space on a two and a half hour round trip with five minutes of weightlessness. @ a mere $40,000 per weightless minute.  As if real estate wasn't enough, set your sights on the outer atmosphere and you may be spaceborne as soon as 2011. 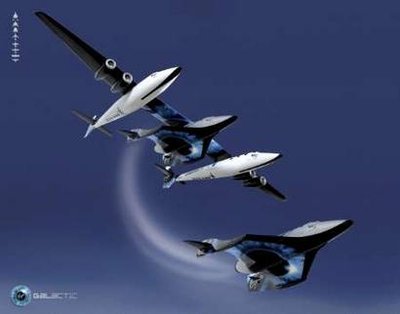 Spaceship II was unveiled today in the Mojave Desert after two years of highly guarded secrecy, the first public appearance of a commercial passenger spacecraft. Imagine being launched after an initial terrestrial climb under a twin jet,  your emissary to the stars.

Burt Rutan designed Model 76 Voyager, the first aircraft to fly around the world without stopping or refueling.

Sir Richard Branson started out purveying cut out records from the boot of his car to retail outlets, later selling his Virgin Records to EMI for a billion US.

"My interest in life comes from setting myself huge, apparently unachievable challenges and trying to rise above them...from the perspective of wanting to live life to the full. I felt that I had to attempt it." 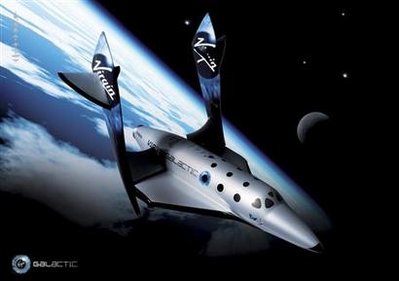 Branson formed Virgin Galactic in September of 2004, a sub-orbital pace tourism company.  He is considered a "transformational leader" with maverick strategies and a focus on  informality and information.

Click on this video to gain animated insight into what $200,000 will bring you. 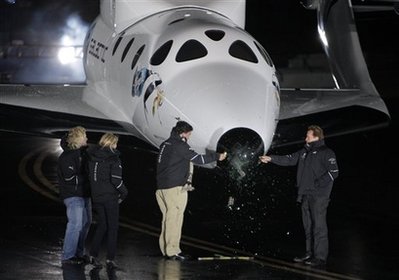 If your ambitions are more earthly bound, call 800-525-7965, e-mail info@maplesweet.com or connect to maplesweet.com to list your property or purchase some incomparable Vermont real estate and expand your dynasty right here on our Green Mountain planet surface.