The article below is from Realtor.com, written by Senior News Editor, Clare Trapasso. 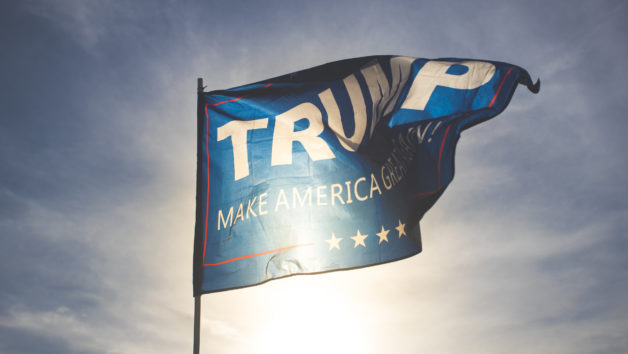 By now everyone on the planet knows that the majority of polls were wrong. Dead wrong! Donald Trump was elected the 45th U.S. president in a stunning upset. And his presidency is expected to have a profound impact on the nation and world.

Sure, everyone right now is obsessing over what kind of impact the new president-elect will have on immigration, taxes, international relations, and trade policies. But we have a more specific query: What will the real estate mogul turned most powerful man in the world mean for the future of residential housing? (We are realtor.com® after all.)

In the short term, probably not all that much.

However, we do know that the incoming president will limit the federal government’s role in the real estate market, as was outlined in the 66-page Republican Platform 2016. So, longer term, the implications of this for home buyers, sellers, and owners could be sweeping.

As for now, “our November elections come at one of the slowest time of the year for sales, so I doubt we will see much disruption to the normal seasonal pattern” of home buying and selling, says realtor.com’s chief economist, Jonathan Smoke. “However, one short-term risk could be if the [election] has a big impact to financial markets that lasts more than a few days.

“About half of voters got what they wanted,” he adds. “If this does impact purchases, it is more likely to be in blue states and not the red heartland.”

Could Trump make the housing market ‘great again’ for buyers?

A Trump presidency could be a boon for home buyers struggling to save up for a hefty down payment.

That’s because he has promised to cut taxes and shrink the number of tax brackets from seven to three. This could, in theory, leave buyers with more money to spend on the homes of their dreams.

And it could give the luxury market, which has been slowing down as of late, a boost, says James Harris, one of the star real estate agents on “Million Dollar Listing Los Angeles.”

“For the high-end, luxury market, it may turn into something very positive,” he says.

But real estate analysts were quick to point out that some of the reforms laid out in the Republican platform could potentially force buyers to plunk down larger down payments or pay higher interest rates. That could be problematic for those without a few extra million dollars in their bank accounts.

“The heart of Republican support—blue-collar, middle-aged workers—are the people who will [be affected] the most,” says Bob Edelstein, co-chair of the Fisher Center for Real Estate and Urban Economics at the University of California, Berkeley. “It may be harder to get mortgages, and those that will be available will be less advantageous.”

It appears that the Republican Party, now led by Trump, wants to do away with—or substantially shrink—both Fannie Mae and Freddie Mac, although the language in the platform was a bit vague. It referred to the business models of the pair as “corrupt” and allowing “shareholders and executives [to] reap huge profits while the taxpayers cover all losses.”

Trump hasn’t yet provided a replacement plan for the current system, which relies heavily on both Fannie and Freddie.

The Republicans will also stop the FHA from providing taxpayer-guaranteed mortgages to wealthy home buyers. The FHA typically insures loans for low-income, first-time, and other buyers who don’t have enough for a 20% down payment.

The Republicans have also said they want to repeal—or at the very least, limit—the Dodd-Frank Wall Street Reform and Consumer Protection Act. The act provides more oversight of financial institutions in the wake of the housing bust that plunged the nation into a recession.

Trump’s party also wants to get rid of the Consumer Financial Protection Bureau (or subject it to congressional appropriation). The bureau, created through Dodd-Frank, is charged with protecting consumers against predatory financial services companies, including those providing mortgages.

Dodd-Frank and agencies such as the CFPB are key to ensuring financial markets are kept in check and act fairly, says Edelstein.

However, Republicans allege that its “regulatory harassment of local and regional banks, the source of most home mortgages and small business loans, advantages big banks and makes it harder for Americans to buy a home” in the platform.

Unfortunately, no one at realtor.com has a crystal ball to see into the future of residential real estate under America’s new commander in chief. But it doesn’t look like demand from aspiring home buyers will taper off any time soon.

The election is “going to absolutely create a short-term uncertainty like Brexit,” says Harris. “But in the long run, I think everything will be fine.”

Clare Trapasso is the senior news editor of realtor.com. She previously covered finance for a Financial Times publication and wrote for the New York Daily News. Clare also teaches journalism at a local college, loves food festivals and bike trips, and enjoys playing with her dog.. Follow @claretrap